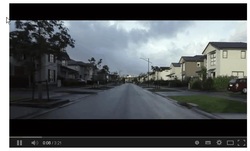 The mise en scene is dark and dull and
connotes a sense on doom through the cold colour palette. The idea of having
the video set in a domestic and suburban street defies the conventional ideas
of family and neighbourly relationships. We can immediately see that this video
intends to distort our view of the current social climate. 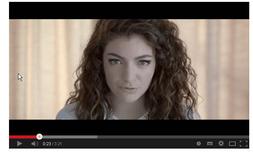 The video straight cuts to a close up of the star with a neutral
expression for 1 second. The lack of eccentric editing supports the idea that
this story has a negative storyline because simple straight cuts add a negative
gravity to the video. The star is not dressed in an over the top manner and she
looks relatively
casual. This suggests that she is a part of the narrative. By having the
establishing shot cut straight to our star, we can see that the narrative is not
linear, as it is cutting to random places in a distorted order. 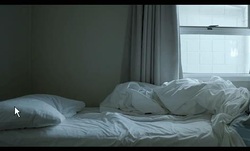 The video then cuts to an image of an unmade bed. In the corner
of the frame, there is a window that is misted over. The idea of mystery is
projected here, as we do not know whose bed this is or what is outside of the
window. This supports my claim that the videos narrative is distorted and
unlinear because later in the video we see a boy sitting up in the bed, taking
us back in time to see the identity of the narrative’s protagonist. This
distorted narrative fits the genre of indie pop because in is a modern and
unusual style of editing, making the identity of the song recognisable because
of its individual (or indie) style 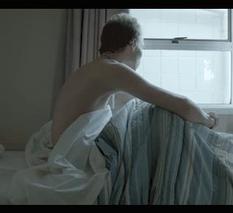 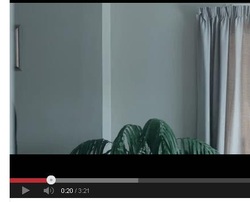 The video then cuts directly to an image of a half cropped palm
tree. The intrigue it draw from the audience at this point because the mystery
and distortion that has been consistent throughout the video starts to become
grotesque. It becomes clear at this point that there is no clear, 3 act
structured narrative. The rapid and plentiful cuts highlight the disjuncture of
the narrative itself. 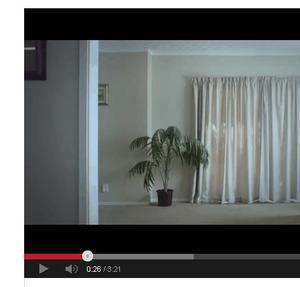 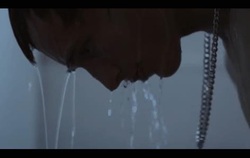 We see our main protagonist in the shower. He lets the water drip
off of his face as he holds his eyes open. This connotes that he is deep in
thought or dealing with some sort of emotional complication. We then see the
same boy, who is only recognisable by the silver chain he wears around his
neck. This connotes that he is only worth what possessions he owns, because his
face is cut out of the shot. This shows the lack of identity he has, also
connoting his low worth in the eyes of society. The way the shot is framed once
on his face and once on his torso represents the parallel between mind and
body. The colour palette is consistent in its dull blue hue to highlight the
deep though and turmoil of the protagonist. The shots are at close up level,
meaning that the mise en scene of the background is not seen. This gives these
particular clips a timeless and placeless quality, making the message of ‘mind
over matter’ relevant in all contexts. 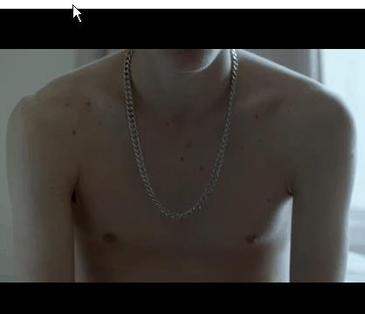