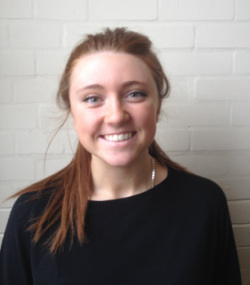 Sophie Wood – Director and Stylist - My role throughout the project is to make sure that the music video runs smoothly and everything goes to plan. I will be in charge of dealing with the storyboard process and making sure that everything has been included that is needed in each shot. I will be deciding on which set locations will suit different situations best and then decide on how long each shot is going to last for and who is going to be in the shots. The  main reason that I have chosen to direct the music video is because I have background experience into drama and have learned all about directing a performance whilst acting at the same time. I will be dealing with the contingency plan, making sure that we have a step by step plan to follow whilst creating the piece. This will again help to make sure for the smooth running of the video. I will also be in charge of auditioning the main star and actors to make sure that they meet our requirements and are exactly how we want them to be so that they are clear to the audience. This is because we want our characters to portray particular stereotypes and we can only do this if they are clearly presented. I have also been allocated the position of stylist, deciding on what props, costumes, make up is going to be needed. I aim to make this music video extremely successful so that it is unique and unlike other music videos that are currently in the charts. 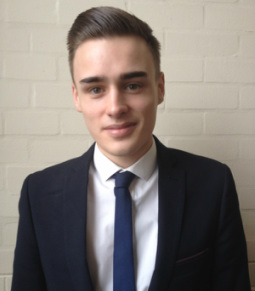 Rhys Byrne – Creative Producer and Camera Person – I am acting as the creative producer and camera person for Blade Media throughout the process of creating a music video. I will have to ensure that both our digipak and print advertisement are finished to a high standard, and emphasise on the main message of our music video which is based on social conventions and breaking out from society. Different camera angles and props will be used to represent the main message and portray the personality of our main star, compared to our actors. I will be making sure that the shots are successfully edited and contain the right amount of detail that is needed to make the video interesting and effective. I have been inspired by Tom Middleton who is the Filmographer for the band Bastille. This is because I like the way that in most of the bands videos, they use a wide range of different shots and editing techniques, helping to portray the main star very effectively in different situations. It is important for me to make sure that I have researched lots of different print media, that has been produced by different bands and take into account what conventions they use, so that I can then incorporate their ideas and my own into our portfolio. 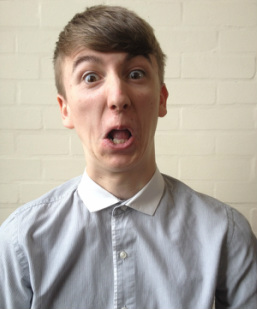 Luke Higgins –Actor and Editor - My role throughout the project is to be both the editor for the music video and the main star. Since the main actor that we intended to have broke his hip, I have stepped up to the role. I have been nominated for the role as I fit the characters' description and I have experience in the performing arts industry. I have been influenced by Brendon Urie from Panic! At the disco, as he too is the lead singer of the band, but takes the main acting role in the bands music video.
Additionally, I am in charge of editing our music video to the best of standards, so our intended audience takes in the message that we want to connote; while making it as professional as possible. I have been trusted to get all of the collected videos that Rhys would have shot and put them together, using different special effects to make it stand out from the rest. It will be a challenging task as we are not familiar with the software used to create them, yet I will produce a music video that is not only good, but is excellent. I have been inspired to make this video extremely successful, making it appeal to our target audience, so that they find it enjoyable to watch and feel that they can emotionally relate to it.
Powered by